What Makes a Piece of Media "Go Viral?"

The term Viral is such a great term in the context of social media. It implies contact and transference of an idea, packaged as a piece of content media, at epidemic proportions. The media piece is so potent that simply coming in contact with it means all who follow you will be affected as well. It could be said that this affect has a purity the transmission of an actual virus does not, as the transmission of media happens at the speed of light (well, really fast).

I imagine a rock hitting a windshield. In milliseconds, the cracks spider out from the point of impact. The extension of each new crack happens after the former but to the naked eye, there’s no ripple; it all transpires in an instant.

A media piece is fleeting. It enters our field of view, distracting or engaging us for a moment, and zips through our periphery perhaps never to be consumed again. We’ll even criticize our friends who indicate how out-of-touch they are when they share something everyone has already seen a “social media age” ago (what’s that, like a week?). Most of us don’t care to break this sort of thing down. We’re simply fiending for the next crest of dopamine, like when we solve a meme for the first time. But what causes that crest?

If you’re in marketing, you should be breaking this down.

It’s your job to captivate.

A comedian’s job is to take his unique perspective on his personal observations and present them in a translatable manner to a niche audience attuned to his presentational style. The more translatable, the more money the guy makes. It’s the same in marketing. The question becomes, will I design my content based on what I know on-the-whole in my body to be true, or do I want to muck around in the heady details in an effort to better understand how my content should align with my audience?

I contend, you should do both. Do you have someone on your marketing team who can do both? Probably not; it’s rare. You might need two people. Or a team. One with sway. One with sway in the title. Us. You need us.

For the sake of the article, let’s muck in the details.

One or more of the following is true of viral content:

With the current devastation in Houston, we are pledging $0.15 for every RT this gets! Please forward this along to help out those in need! pic.twitter.com/lodyOBE0eG

What do we see here? What’s the innate, human need or drive? We see people who need help. The hardship is a part of a translatable human experience with a heightened emotional component. We also see a drive to help, with over one million retweets. The primary incentive/payout for participation in this tweet is the natural drive to help. This post went viral because with a small act anyone could make a contribution. It has all the components listed above.

How ’bout a less obvious example?

Why the heck do we like to create and share memes? A whole bunch of reasons really. Memes are an excellent example of a social commodity. We’ll speak about social commodity/currency in future articles, but the short of it, it’s an exchange of an intangible for a desirable social outcome.

A meme is a great way to show that you’re in-the-know, that you’re intelligent, worldly, or clever, and more. In a concise manner you can create and elicit emotions in others that those others desire. They then look to you as some sort of resource. You’ve traded an intangible resource for a like, for a comment, for a future invite, for virtual social status, for acceptance, for that dopamine crest.

This Instagram post became a platform for so much creativity. What people were able to do with this content was fun but what’s the drive with meme generation? Human affection and validation are a commodity. Clever memes buy that commodity. Sharing them first makes you appear closest to the coveted resource. Like thrusting your flag into the soil at the edge of an oil well. Or your super-hipster, indie, underground, mixed tape you had cut into vinyl. S’one of a kind!

There are definitive components of the types of content that go viral. Yes, but…

How does a single piece of content get so many people behind it?

Here’s the real meat of it: The potency of content is determined by how likely the content is to achieve a desired social outcome for the sharer, and the potential for how high the consequent dopamine crest. If likes get me off and I know sharing a content piece I’ve come across will achieve me no likes, I probably won’t share it.

Viral content is such that it will achieve a wide birth of people the social outcomes they desire and promises a big payload of pleasurable neurotransmitters. The more people perceive the content as capable of achieving them a desired social outcome the more viral the content becomes. Side note: I speculate, the higher the emotional intensity of the content, the higher the ensuing dopamine output. Additionally, as a content piece gains momentum, it snowballs, and people hop on board not because they’ve done the work to determine if the content piece is worthy, but because everyone else seems to have, and many wish to fit in – another type of social outcome.

Now the harder question is, how can your brand create content that the widest birth of people possible believe in, in this way. The weird thing is, as content creators it’s tempting to think about the most important part of this type of social media transaction being between the content creator and the consumer. It simply is not.

That said, now you might be thinking, “I get it. The most important part of the transaction is what occurs between the consumer and their following – the desired social outcome.” I think we’re closer there, and certainly it’s important for sustainability of the content and brand loyalty, but the most important moment that occurs throughout the entirety of the transaction is the moment a person, whether conscious or unconscious, decides to believe in your content as a means to an end, a means to their crest.

Create content that stands the test at that hinge point.

« WTF is an Instagram Model?! What Is Social Currency? » 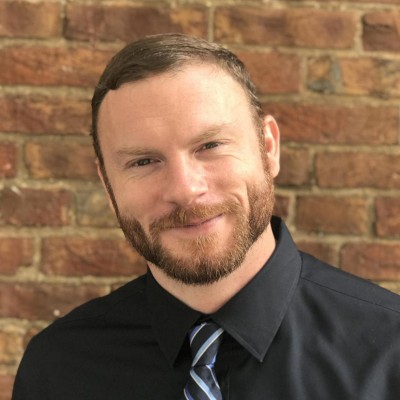